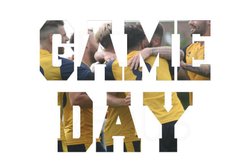 BORO’ looking to start November off with a win away to Swindon Supermarine - Kick Off 3:00pm

The ‘Marine’ currently sit in eighth place in the BetVictor Southern Premier Division South with 21 points after 13 games, having played one less game than the BORO’. Swindon Supermarine lost 4-1 to Thatcham Town in the FA Trophy, and lost 2-0 to Tiverton Town in their last league game.

The BORO’ boys go into the league full of confidence after going unbeaten in October and through to the second qualifying round of the FA Trophy after beating Farnborough 3-1. Gosport are now only two points behind fourth place Salisbury and fifth Taunton Town.

Manager Lee Molyneaux will be expecting to continue their strong run of form and get off to a good start in November. Molyneaux will also be hoping the BORO’ can keep up their goal-scoring form up after scoring three against Farnborough.

Hope you can make the trip, or you can listen live mixlr.